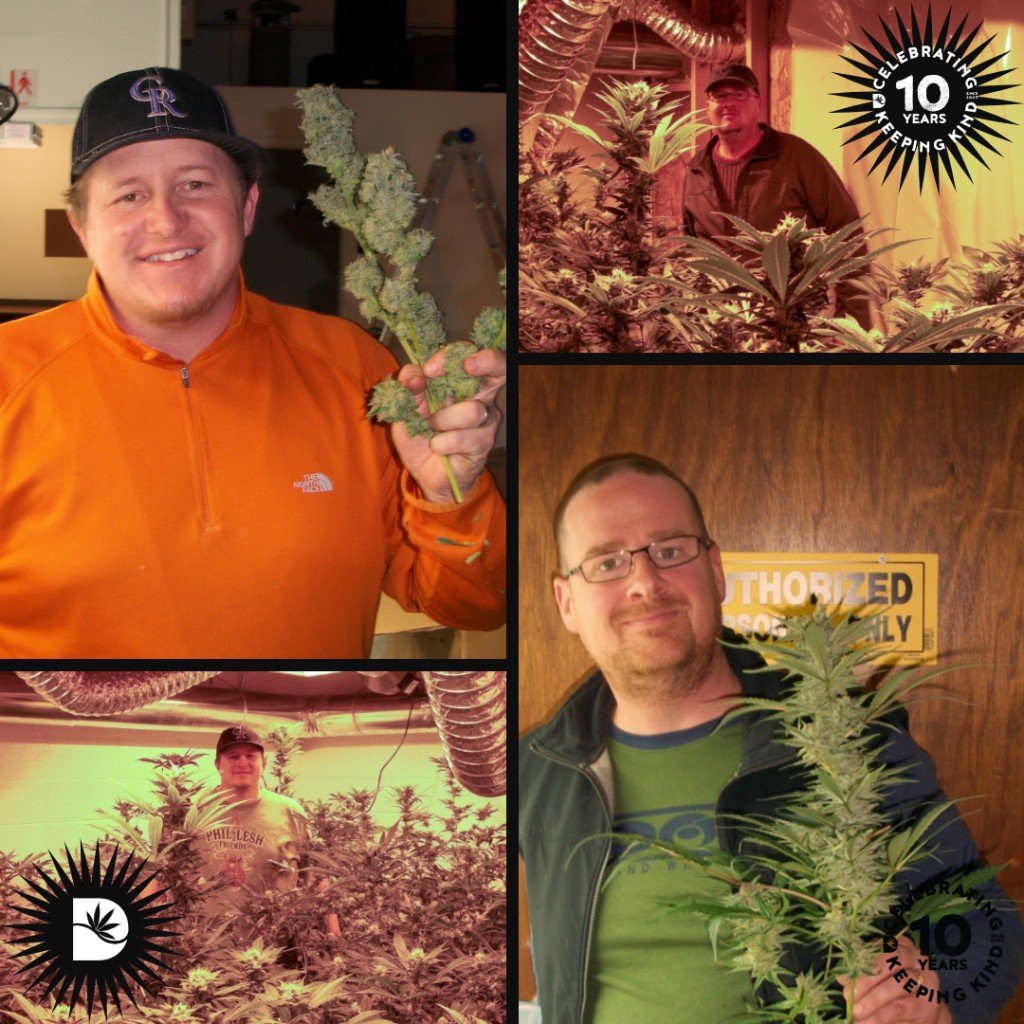 10 years ago Justin Jones and I picked up the keys to 3835 Elm Street suite C to began cultivating medical cannabis. At the time people thought we were a little crazy and rightfully so. That first weekend we swept the space, and moved two grow tents into the space we bought from Chip Baker (The Real Dirt) and Pete Freeman at Cultivate (hydroponic supply store). Chip and Pete can comment below on what they were actually thinking at that moment.

We moved the equipment from our caregiver cultivations into the 2000 sf space and using what I learned from Matt Bickel (now with Vicente Sederberg) and IPA Mike and began cultivating our first commercial cannabis crop (using the word crop very loosely). DANK was born with very little money and a lot of sweat equity.

Realizing this was a huge gamble and we did not want to go to jail we sold a portion of the company to Bryan Sullivan who happens to be an attorney. Having an attorney for a partner made me fill safer for some reason. With the money he bought in with we were able to upgrade the electrical, add a bunch more tents and build out our first grow room (inspired by Bickle’s 6 pack of lights he had in his basement) and the room constructed by a good friend of mine, Mike. Justin Jones performed the day to day while I was still landscaping by day as my career. I would come in the morning before work, at night, after work and on weekends. All this was happening while my wife was either pregnant or a mother to a new baby girl.

Because of how the State of Colorado’s rules and regs, we had to open a dispensary if we had a cultivation license. So we opened a medical dispensary in 2010 at the same location named DANK and hired Jay Griffin to help. Jay and I met previously in the landscape world. He was a landscape architect and I installed his designs. The market crash happened and Jay climbed aboard the green train and began working as a Budtender. Jay is now a partner! We hired many folks to help over the next few years. Too many to name but all had a major contribution to Dank’s existence. This was all before cannabis was legal recreationally. Our store was low volume and we sold most of our cannabis wholesale.

When retail legalization hit, we hired Daniel Glenn to help manage DANK our medical and recreational dispensaries. Things were really crazy at this moment in time. Cannabis just became legal in Colorado! I was changing industries. Dan was and is still a close friend and now a partner who runs the day to day operations still to this day. Dan was brand new to the industry in 2014. Fresh off a decade long stint as manager of a Grateful Dead bar called Sanchos, which also happens to be the place I met him.

Exciting times we have had over the past ten years. I know one thing….there is no way I would be here today without the help of all my partners, friends, family, employees, vendors, customers, and mostly my wife Lauren Weaver Gamet. Who has allowed me to do this crazy s&@t for a living and believing in me.

10 years is a long time! Oh…. and friends that loaned us money in the beginning when no one else would… Thanks Matt Hartleip!