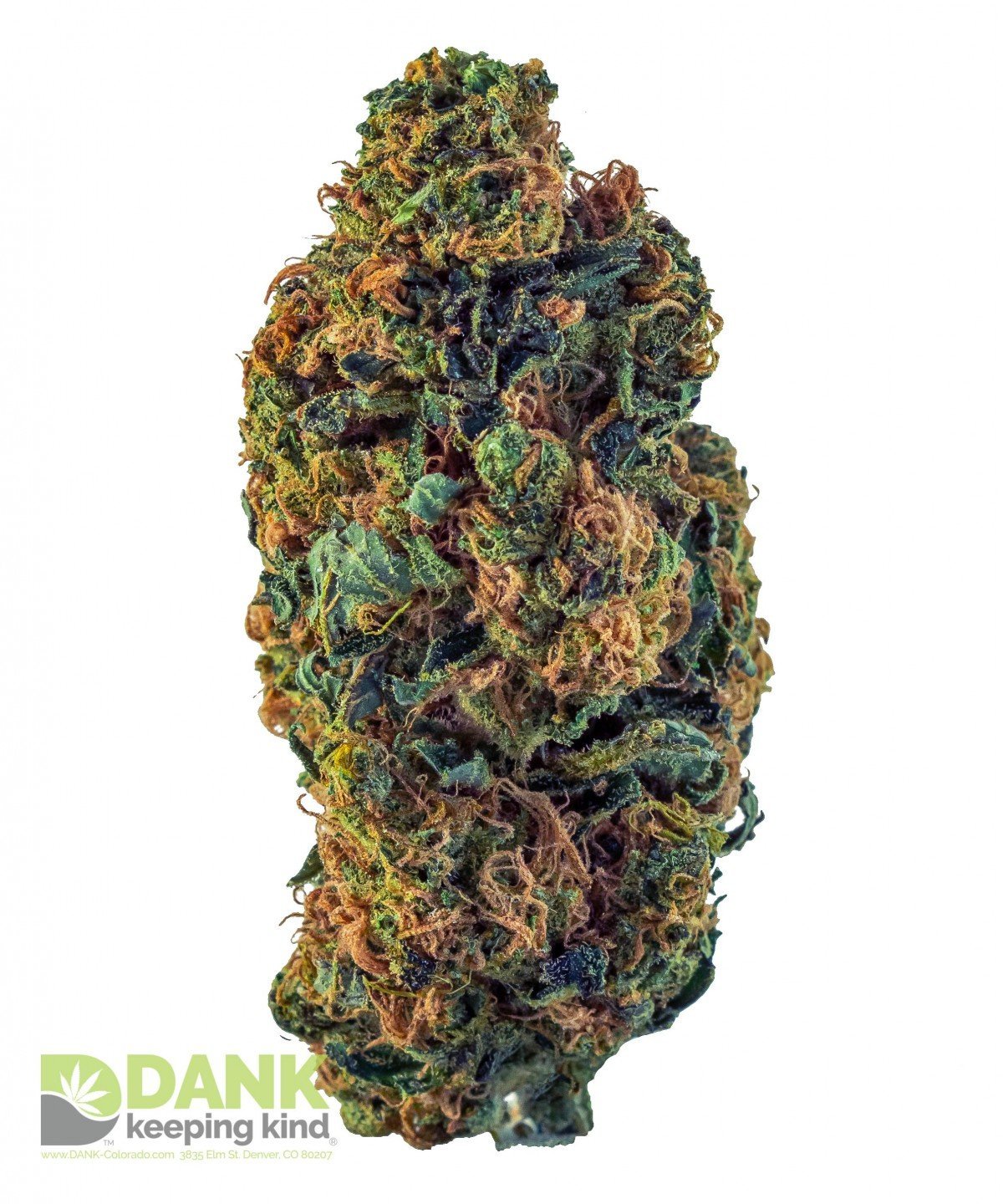 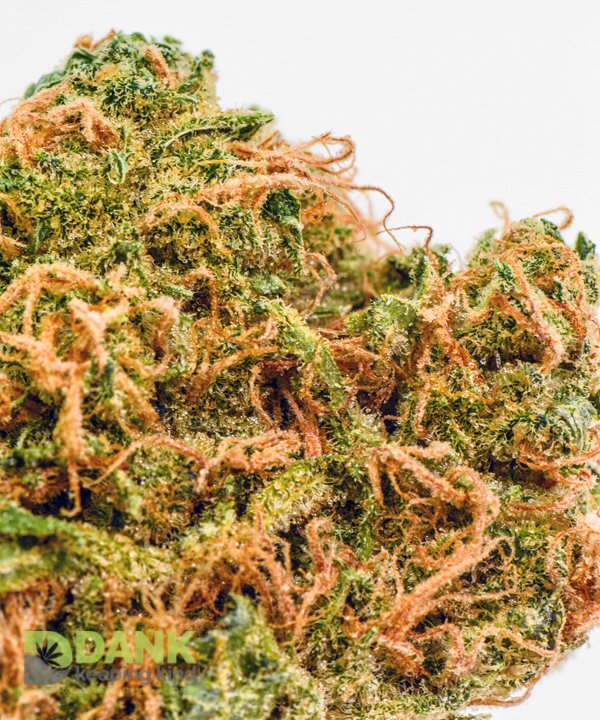 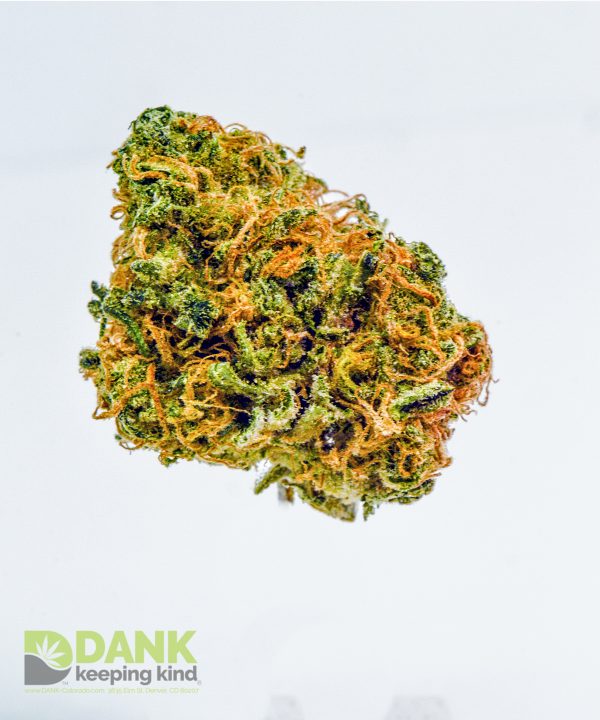 DANK has a cut of Golden Goat that yields resinous buds ranging in potency from 18% THC to 27% THC. Not only that, DANK’s Golden Goat has other cannabinoids in its genes, like CBG and CBC. Golden Goat has dense and medium-sized buds that have a solidly indica appearance, with heavy and tightly-packed leaves. Its leaves are a bright green with some hints of pink or red. The flowers are very resinous and coated in amber-colored trichomes that give the cured buds the golden glow that’s referenced in this strain’s name. Adding to Golden Goat’s bag appeal is a strong and complex terpene profile, terpinolene and humulene. The initial impression is fruity and tropical. This citrus profile exists alongside a more sour tinge, likely the result of the Island Sweet Skunk parent strain. To round this all out, buds can smell spicy and earthy when burned. All of these notes come together in a strong and acrid smoke that can sting the eyes and tickle the throat, causing users to cough. Although some find it pleasant, others have described Golden Goat’s scent and taste as a clash of incompatible flavors, leading to some conjecture that the “goat” in its name is actually meant to describe this strain’s taste. This is an especially pungent variety, so smokers looking to maintain discretion should plan accordingly.

Golden Goat has a high that creeps up gradually instead of hitting users right away. It begins as a buzzy sativa-like high marked by altered perception; users may sense a magnification of their surroundings with sharper sounds and enhanced colors. In a short amount of time, though, this sensory distortion mellows out into physical relaxation. Users feel a kind of calm radiating from the neck down through the limbs, which allows for a grounding that stops the sativa side of the high from becoming too disorienting. Although relaxing, the body stone from Golden Goat isn’t so heavy that it will induce couchlock — smokers can still be as mobile as they’d like, making this a great strain for daytime or nighttime use. Golden Goat has some medical benefits as well, conferred by small amounts of the cannabinoid CBD as well as by the sedative indica effects. The simultaneous feelings of emotional uplift and physical relaxation can be helpful in regulating the symptoms of anxiety, depression, or even PTSD. Its mildly painkilling effects can also be useful for relieving chronic aches and pains. Finally, if consumed in large enough doses, Golden Goat can provide the full sedative effects necessary to put users into a restful sleep, thus tempering the difficult symptoms of insomnia. Although its high tends to be shorter than average, lasting between 1.5 to 2.5 hours, Golden Goat’s high THC content may lead some to moderate their dosage — a little bit can go a long way.

27.8%
For graphic purposes, the slider bars have been modified to represent a percentage of total terpenes in the flower. In this case, total terps were +/- 1.3%. Results may vary.

0.5%
The cannabinoid profile represents the high mark over the past 6 months of testing. Results may vary. These statements have not been evaluated by the FDA. This information is not intended to diagnose, treat, cure or prevent any disease. Consult your physician before using cannabis.

There are no reviews yet.

Be the First to Review “Golden Goat” Cancel reply